Infinite36 is a suite of compilers, utilities and operating system services that allow applications (developed under RPG or COBOL for the System/36 environment) to be migrated at the source code level, recompiled and executed on the target platform. The compilers include RPG and COBOL. The compilers allow System/36 RPG and COBOL source code to be recompiled into native object code for 64-bit Red Hat Linux, Windows Enterprise Server, HP-UX, AIX and Solaris.

Once your RPG or COBOL applications are recompiled and deployed to the new platform, Infinite36 provides the technology to migrate all the existing flat file data to Oracle or MS SQL using our unique copyrighted toolset. The Infinite36 data migration toolset allows flat file data to be deployed in a database environment. The result is that all legacy data will be migrate and will be fully usable in an ASCII database format and all future data created from the system will be written to either Oracle or MS SQL in realtime.

Rapid migration, low risk and a fast return on investment.

Infinite36 easily migrates and executes flat file data in the Oracle or MS SQL databases. Infinite provides database capability from the highly proprietary, closed file structure of the System/36. With Infinite36 native System/36 applications will write to Oracle or MS SQL without having to rewrite the original code. As part of the process of migrating RPG or COBOL applications, the files will be externally defined using F&I specs, then the data is migrated to the database of choice and once the cut- over is compete, all data is written to Oracle or MS SQL.

Infinite36 is the only method of embracing Open Systems that offers rapid migration, low risk and a fast return on investment.

Infinite Cloud is a product set that automatically reads the data stream created by Infinite36 and renders green screen graphically. Whilst the toolset is auto rendering the screens and creating dynamic point and click functionality it is also publishing the screens to the web creating a private cloud upon which the screens can be accessed via any industry standard browser. Since the architecture is built in Eclipse for Java it can access and be accessed by third party Eclipse or Java libraries making plug-ins and new interfaces a breeze. 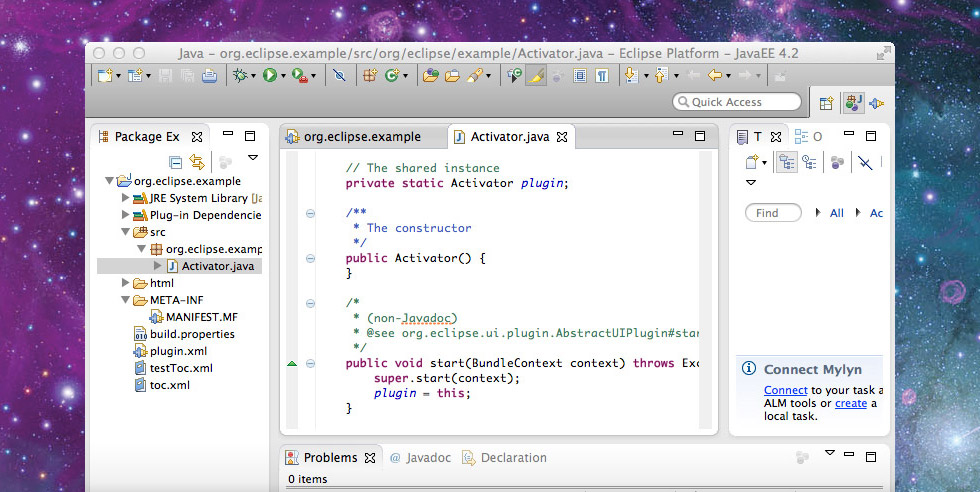 Infinite36 and the Cloud

Infinite Cloud provides for the deployment of System/36-based applications to the Cloud, tools for creating more intuitive access to programs in place of sequential menu-driven navigation, user interfaces that are graphical and integration tools that launch from industry standard middleware like JBoss, WebSphere or WebLogic. This technology provides plug-ins for web services, templates for standard interfaces like EDI, electronic banking and secure government reporting services.

Virtualization products for the System/36 and AS/400 environments have been slow in coming. LPAR technology exists, but isn’t dynamic, doesn’t provide access across platforms and operating systems, is very proprietary and very expensive. Infinite36 migrates System/36 applications to open systems like Linux or Windows. These operating systems provide support for all levels of today’s virtualization products including VMware, Red Hat Enterprise Virtualization, XEN and MS Hyper V.

Virtualization technology has allowed business to consolidate IT resources, reduce costs and generate much higher utilization rates. The ability to use this technology is crucial for any 21st century data center. Now, with Infinite36 this technology can be engaged with System/36 applications.

High Availability products are very expensive for the System/36 environment and require a great deal of proprietary expertise and hardware costs. No longer.

By migrating System/36 applications to open platforms like Linux or Windows, businesses can use existing industry-standard virtualization technology for High Availability.

Products like VMware provide High Availability as a component in their stack. The teams that manage Windows data centers worldwide are well versed this technology and it is surprisingly easy to engage and maintain. Using virtualization for High Availability for migrated System/36 applications can use existing hardware resources like blade technology and can write to virtualized storage with built-in redundancy from nearly any manufacturer.